parisons. Let’s face it, Table Tennis bats can get a bit dull when you’re forced to stick to the official red and black sides. Well, thank goodness we live in the world of videogame Table Tennis! At the request of quite a few of you, we decided to add a bit of style to our (your) bats and allow you to show off to friends and enemies alike by adding bat “skin” customisations.

order Lyrica So what exactly do we mean by skin? Well, we were pretty happy with the roster of bats available to collect in the current game (unlocked by winning events in Career Mode). We’d spent time figuring out how to keep those bats feeling different enough from one another that unlocking them feels genuinely rewarding. If we’d decided to just introduce more bats with new rubber surface designs but near identical play characteristics then things would get a bit diluted throughout the main game.

Ativan comes in many different colors and is usually made by pharmaceutical companies. Instead, we opted for the idea of a stylish skin/decal that could be swapped at will and would allow those who want to express themselves to do just that. Our assortment of skin designs can also grow over time as we experiment and get your feedback.

Buena Park Time to present the skins area of the game methinks, where you can see/apply all the skins you’ve earned so far.

When used as a sedative, ativan caused users to wake up and they would stay awake for several hours.

e use of a different gelling agent. You’ll earn them in our Lucky Dips which take place at the end of multiplayer matches (if you’ve earned enough Prestige). If, however, you simply can’t wait to bag your favourite design and would be happier parting with some hard-earned pennies for them, then they will be available to buy.

Yep, some of you will remember when we pulled IAPs from the game last year (we previously sold Boost as an IAP). We scrapped them in response to the fact that some people saw Boost (a performance enhancing cleaning spray for your bat) as a paywall, and we were keen for people to realise that wasn’t our intention.

Our bat skins re-introduce IAPs to TTT but we’re keen to point out that these don’t affect/upgrade your bat performance in any way – they’re simply there for aesthetic purposes, and for those that would rather wait and earn them – you don’t need to pay at any point. Hopefully this way we best serve both types of player. 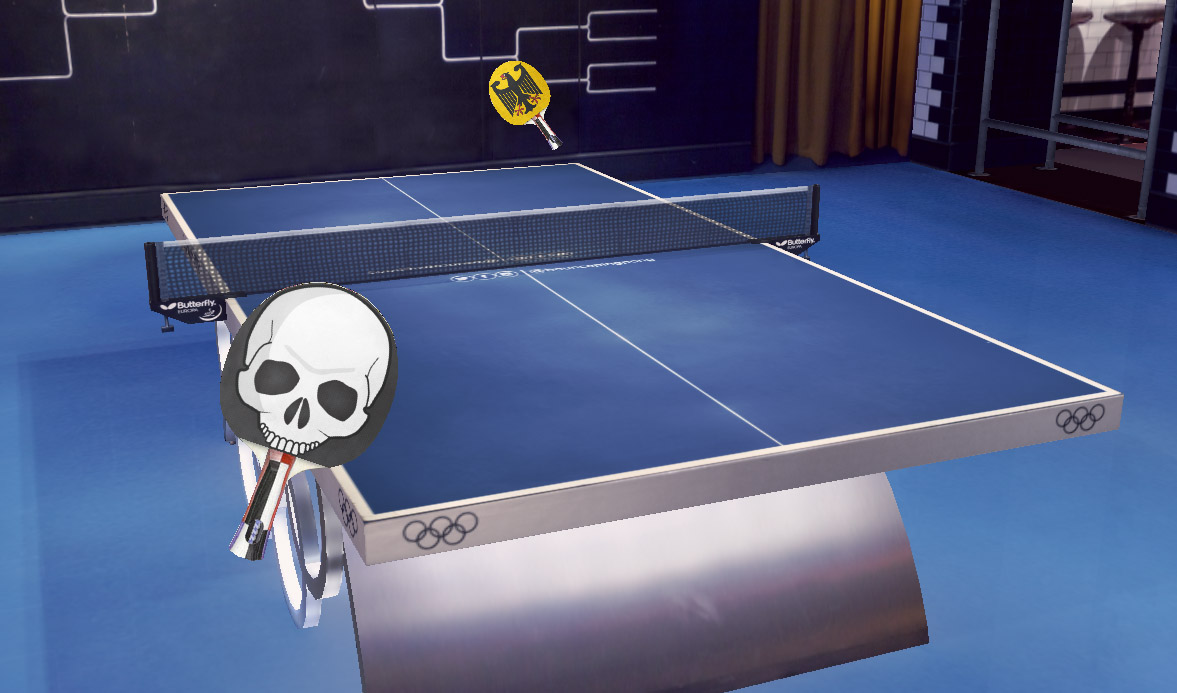 When you see them in action (especially in Multiplayer against your mates) we think you’ll agree they’re a pretty cool addition – Vanessa’s poured hours of dedication into the Illustrator designs and we love ‘em… hopefully you will too – let us know what you think, and if you have any suggestions of stuff you’d love to see then drop ‘em in the comments below! 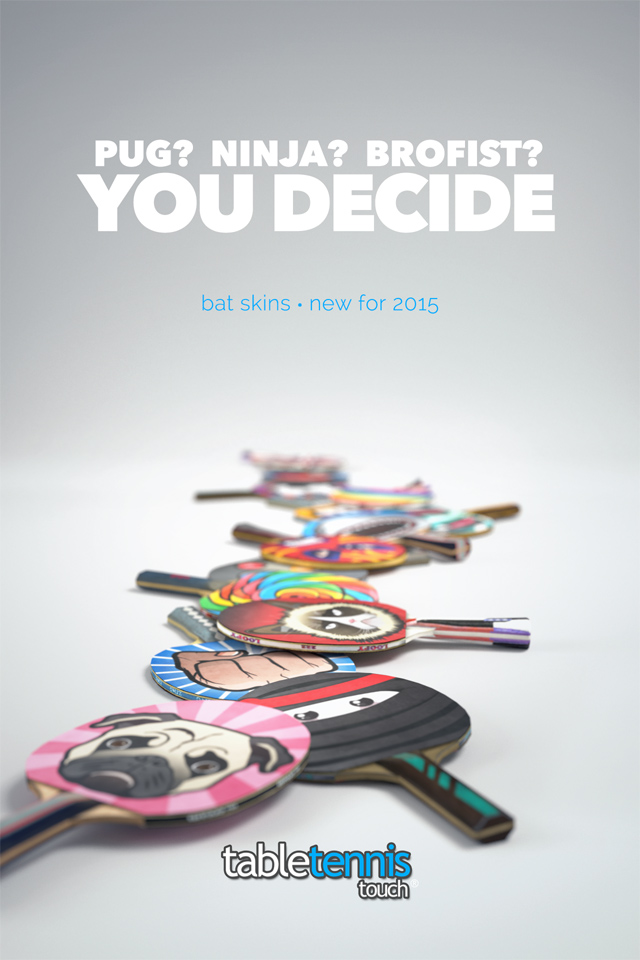