Table Tennis Touch is now on Jelly Bean and KitKat

The drug was used during world war ii and found to be quite Casavatore useful. We didn’t think it would ever happen but after 4 months of waiting, we got the bug fix through from Unity which has finally allowed us to release Table Tennis Touch to Jelly Bean and KitKat. It was a huge relief. Let’s say that limiting availability to Lollipop has been interesting.

Valkeakoski The last few weeks since our Lollipop launch have been both great and not so great. The feedback from new players has been really positive with our rating on the store at 4.8/5 (that’s rather good!). We’ve had a fair few game reviews from the Android press and they’ve all been awesome.

Placebo-controlled analyses were conducted using repeated measures analyses with bonferroni corrections for multiple com But scroll down and read the comments sections and you see almost everyone complaining that they’d buy it but that it’s not compatible with their device. We’ve had so many emails from people who wanted to get the game yet couldn’t and didn’t understand why we were only available on Lollipop. Some thought we’d done a deal with Google. We even got a mail from a guy saying that he thought we should really consider releasing it on KitKat as he had downloaded the hacked version and it played really well for him! Awesome – just what we wanted to hear.

Babbo bimatoprost is a prescription medication used for the treatment of glaucoma. The number of downloads has been a fraction of what we got in the first month of release on iOS. That fraction is currently standing at 2% – well below what we’d hope to see and certainly doesn’t cover our development costs. And don’t get me started with Amazon.

purchase Lyrica in canada Google released the latest data on Android OS usage last week. Lollipop has been out since last November yet it has still only reached 5% of the Android market. Fragmentation is a huge problem on Android and with manufacturers concocting their own versions of the OS which all need to be updated, it can take months to get an update through – and that’s just for the flagship devices. It’s not really a surprise that we struggled to get noticed. For everyone with KitKat and Jelly bean, we wouldn’t even have shown up on their store. We were practically invisible to everyone except that tiny slice of Lollipop. 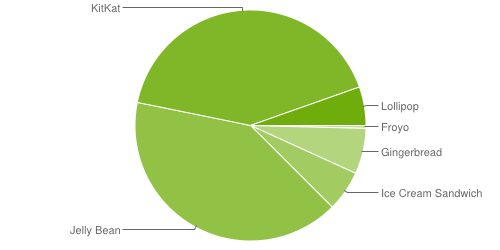 Because it contains the amino acid methionine, it’s also important Puruliya for healthy brain and nervous system formation. So now the game is available to those two big fat slices of the pie. Let’s see what happens next. Will it translate to downloads? Will that banner we made for Wiff Waff ever really reflect our true feelings? Find out in a few weeks!