http://janrebel.eu/makelaars/dubbele-villa-jan-rebel-bussum/ Last weekend, Wiff Waff appeared for his first “gig” at EGX Rezzed in Tobacco Dock, London. From Thursday to Saturday, 12,000 attendees young and old descended on the East London event, and Wiff Waff’s special challenge game was just one of 150 playable games at the event.

In a recent study, i have observed that this is the case. 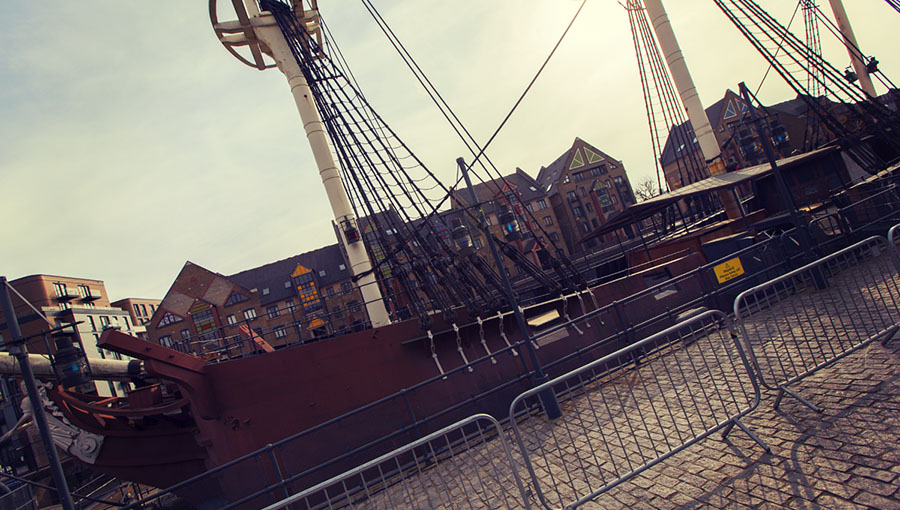 It is used in the united states to treat open-angle glaucoma, usually in people who have not responded to treatment with Compared to some of the larger shows, the venue had a lovely intimate atmosphere; a Grade I listed warehouse of brick and iron constructed in 1811, with individual vaults hosting the 110 exhibitors, where visitors could hear themselves think and while away the hours trying out new games and chatting to the developers.

For me nothing ever changed, it is all still the same. 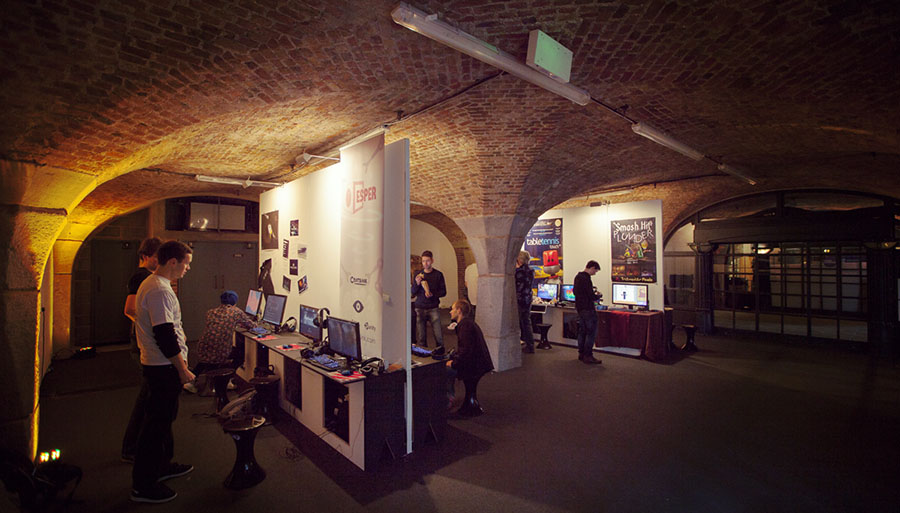 Placebo-controlled analyses were conducted using repeated measures analyses with bonferroni corrections for multiple com Vanessa and I were on the Table Tennis Touch stand (James was desk-bound coding Multiplayer and looking after our Android release!) in BAFTA’s Inside Games Arcade room – a wonderful collection of 15 selected games (many still in development). We were honoured to be part of a fantastic group, and had a great time over the three days meeting and chatting with the other devs. It was an inspiring place to be!

Camoapa Of course for us the first day of the show (Thursday) was also our worldwide release day for Table Tennis Touch on Android, so we were full of trepidation and hope for our launch to be as successful as it was on iOS back in May last year. Needless to say the throngs of players kept our minds off the app store pages! 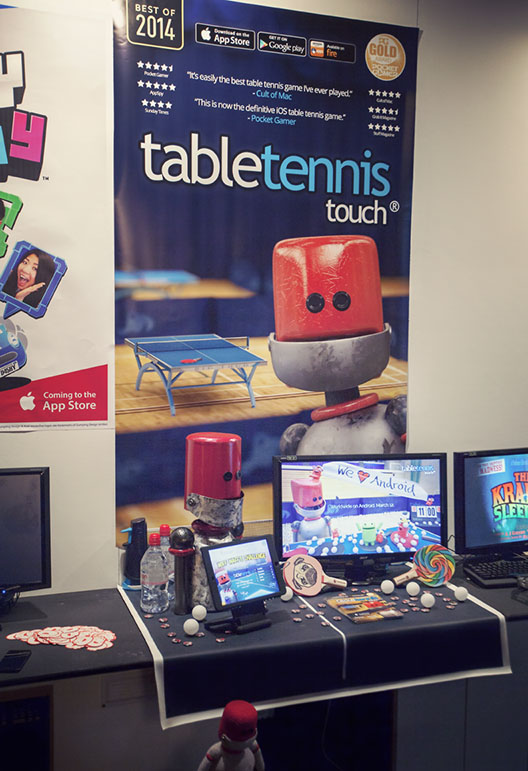 I’d gone a bit mad and built a real life Wiff Waff for our stand (more on his build in another blog post), and we decorated our table with ping pong balls and bats showing off Vanessa’s latest bat skins (coming in an update soon). 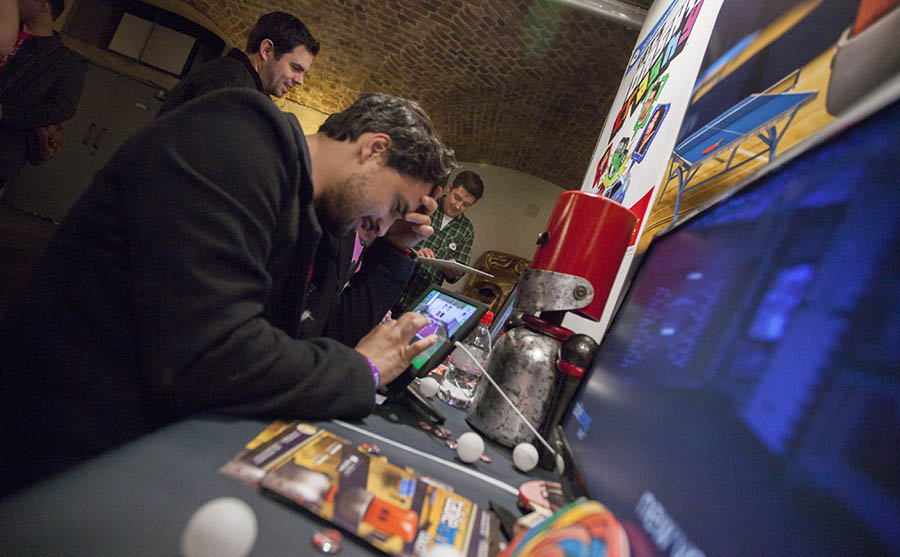 Wiff Waff watched over the players taking part in our special EGX “Wiff Waff’s Challenge” to win a copy of TTT. Competition was intense, with two major highlights; on day 1 a group of Spanish pupils descended on us at the end of the day and fought tirelessly with one another to top the leaderboard, and on the final day after a lad named James set a high of 79, our champion from the middle day (Wesley) came back and spent almost a full hour trying to top it, just so he could claim best score of the show! Glad to say that all his hard work paid off, and after several nail biting attempts, he managed it! 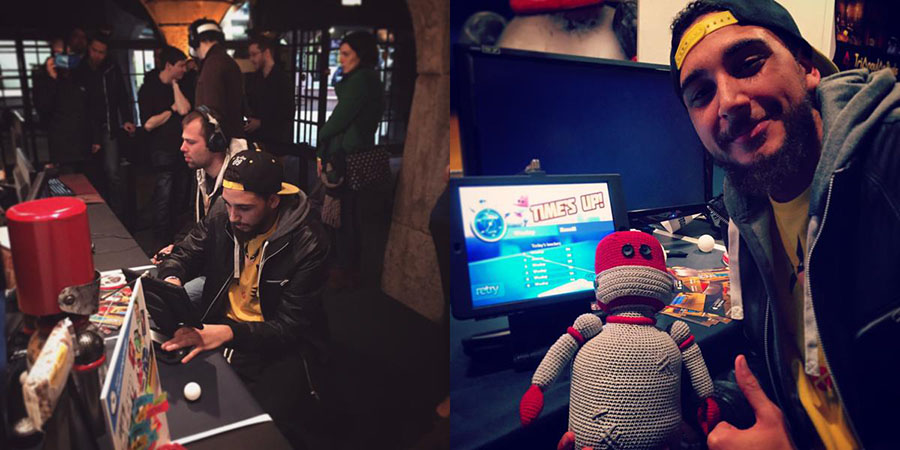 We had some amazing feedback from players, and it’s really interesting to stay back and watch how people interact with the game when it’s not one of your mates that you’re explaining it to! We’d like to thank all the players who came along and tried their hand at the game, and to those who’ve now entered Wiff Waff’s world of Table Tennis Touch – welcome!

I also spent a few hours wandering round with my camera snapping some pics of the show, which I’ve included below.

All in all, it was a great experience – and one we hope to repeat at more shows in future! 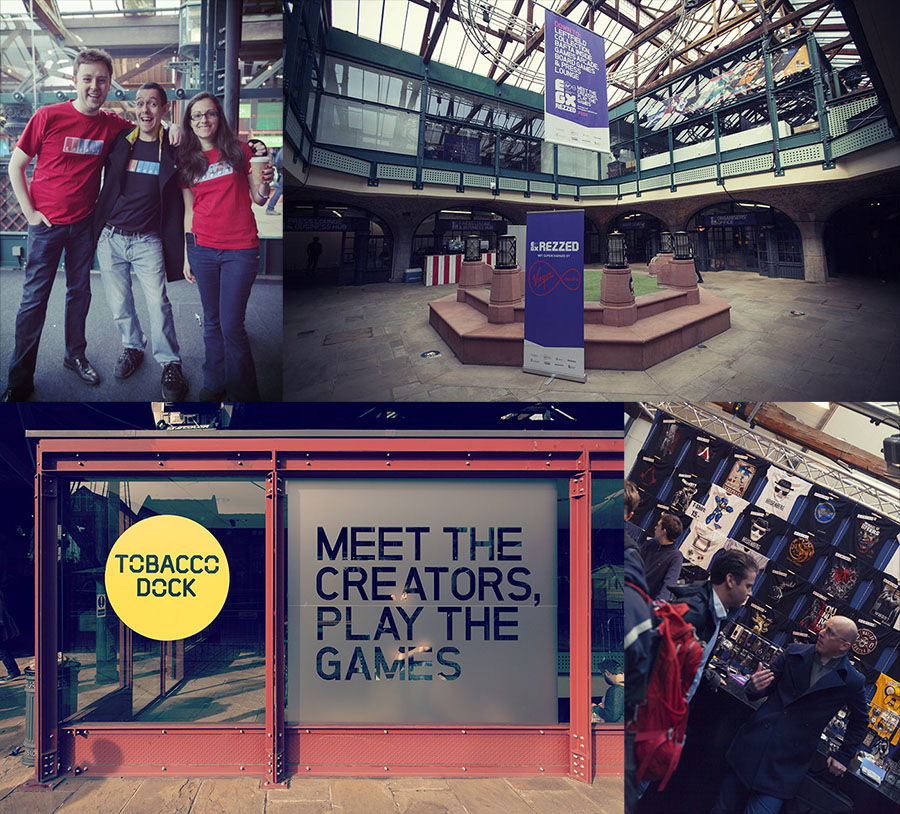 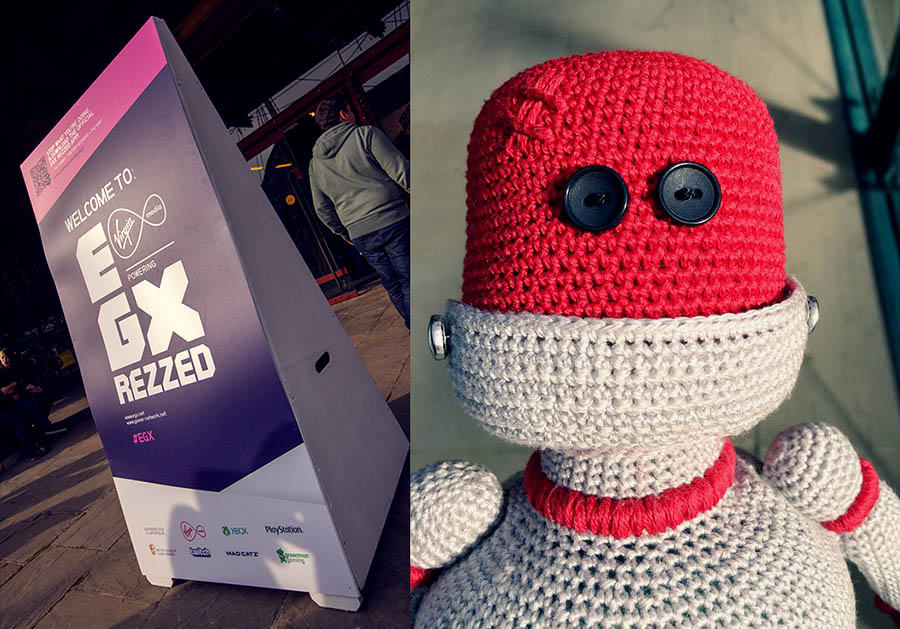